A modern woman’s approach to fibroid management
In honor of Fibroids Awareness Month, Fibroidolgy presents to you different women, with different stories, with different personal experiences with fibroids. Please allow me to introduce Dedra Williams as shares her story to empower us all. Peace and Blessings. 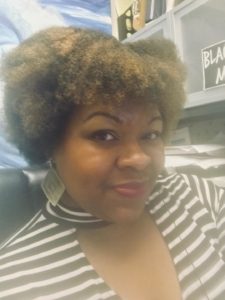 My relationship with fibroids begin in January 2011 when I was diagnosed with multiple fibroids after a routine annual pelvic exam and pap smear. I was in my late twenties and completely shocked at the idea that I had something growing in me that was not only impacting my quality of life due to heavy periods and anemia but was also potentially impacting my future hopes of motherhood. Having received the prognosis from by physician was truly awake up call. Previous to my life with fibroids…I had just assumed I would be like all the other women in my family and bear children like all those before me. I remember my doctor calling me and saying, “Look I recommend surgery immediately, how do you feel about a hysterectomy!!” When I look back now, I maybe should have gotten a second opinion or gotten another doctor, but I trusted this doctor and had been seeing him for years….my answer to him was emphatically, “NO, I am single with no children…but I desire children, so I will spare no expense to safeguard my fertility.” Being ignorant of the fibroid epidemic my research regarding the matter was not the best….I saw so many conflicting theories on treatments and causes. Fast forward a month after that phone conversation and I elected to have a myomectomy that would require an actual abdominal incision due to the size of my fibroids. As I made plans for my surgery the doctor made it clear this procedure may or may not work….I could still have issues with fertility and the fibroids could also come back.
I am not a gambling woman but I took a chance and had the surgery and I am glad I did. On February 1, 2011, fourteen fibroid tumors were removed from my uterine lining…the largest of which was about the size of a grapefruit. My recovery was challenging and with the help of family and friends my six weeks of recovering went fast.  My quality of life improved tremendously; I begin utilizing some of the natural remedies for fibroids as a precaution against them returning. Exercised more and consciously decided against allowing stressful people and things to disrupt my livelihood. I must admit the after effects of surgery created more mental/emotional issues for me than physical. I constantly worried about whether the surgery was worth it, had I made the right decision? Would my fertility still be impacted? How would my future spouse feel about this? I worried so much that eventually I did develop issues with anxiety.
In 2012 I met the love of my life. In 2014 I married him and in 2015 we welcomed a beautiful daughter via C-Section. My pregnancy was textbook perfect although I had 2 small fibroids that had returned. They did not grow nor impact my pregnancy at all. Although I very much wanted to labor…my new doctor and I elected to do a planned C-Section. The C. Section went well, although the recovery was challenging, but I am grateful for the healthy baby that I have been blessed with.
My battle against fibroids is a continuous every day fight….there is not a day I don’t think about them. I recently underwent a small medical procedure to removed a uterine polyp as a precaution as my husband and I plan for baby #2, but I can’t help but think about my journey so far and wonder what this turbulent relationship with fibroids has to offer me? What will be the end game? Who knew that all those years ago when I decided to have surgery that I was making decision for a family I didn’t even know I would have yet, or  that I would join a legion of women who have this same battle every day. Women I have known for years that have quietly fought this ongoing battle and I had no clue. There is a beauty in the bond we share now as we fight together.  I even found out that the reason for my mother’s hysterectomy was due to fibroids, but she had had the surgery when I was so young and I never knew the reason. So many of us bear this cross that attacks the very thing that makes us a woman, it has definitely made me a more faithful woman and I pray daily for each woman like me and each family that is impacted. -Haggai 2:9
Share this Post

ARE YOU MY DOCTOR?